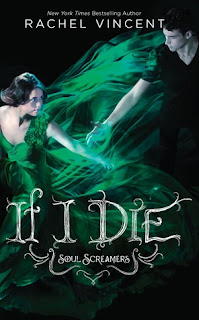 IF I DIE
Soul Screamers #5
Author: Rachel Vincent
Source: Publisher
*I received this book free of charge in exchange for an honest review*

Everyone else is talking about Eastlake High’s gorgeous new math teacher, Mr. Beck, but Kaylee Cavanaugh has bigger things on her mind. Kaylee’s a banshee—her scream is a portent of death.

But the next scream might hit too close to home. Kaylee’s borrowed lifeline has almost run out.

Yeah—it’s a shock to her, too. So to distract herself from her own problems, Kaylee is determined to defend her school against the latest supernatural threat. That hot new teacher is really an incubus, who feeds from the desire of unsuspecting students. The only girls immune to his lure are Kaylee and Sabine, her boyfriend’s delinquent ex-girlfriend. Now the unlikely allies have to get rid of Mr. Beck…before he discovers they aren’t quite human either.

But Kaylee’s running out of time, and those who love her will do anything to save her life.

Soul Screamers: The last thing you hear before you die.


Just when I thought my heart would collapse from the torture of My Soul To Steal, the author ripped my heart out of my chest and fed it to the Hellion’s for a new chew toy in If I Die.  Talk about an emotional roller coaster of a series!  I have read about Banshee’s, Hellion’s, Reaper’s, Demons Breath and now love that can break your heart into pieces.  The author brought it for this book and knocked me down hard!


I am having such a hard time writing a review on this book!  Everything I want to say or point out could be taken as a spoiler alert.  I do not want to ruin anything for everyone. You will laugh, you will yell and you will cry — sometimes all at the once.  Kaylee has grown so much from book one and she has grown into a heroine to be proud of.  She has backbone, she has love and most of all she has the strength to carry everyone’s pain when they need her.


Have you chosen Team Tod or Team Nash?  Well, I thought I had until I read this book.  Be prepared to have shocking discoveries and heartache as you turn each page.  There are decisions to be made that can change the outcome for all characters involved that you won’t believe until you read about it.  Secrets are revealed from numerous characters leaving quite a fallout on others in the book.  Favorites of the series return, along with deaths to some you won’t expect.  You will be cheering for characters you didn’t even know you wanted to cheer for.


All I can say is, If I Die before I wake– thank goodness I got to read this book first! 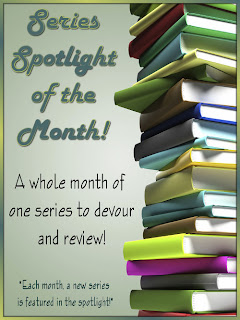