Today on My Overstuffed Bookshelf, it is my pleasure to share with you an interview with author Rachel Hawkins.  Rachel Hawkins is the author of Hex Hall and the follow up book titled Demonglass.  Let’s give her a warm welcome to the blog! 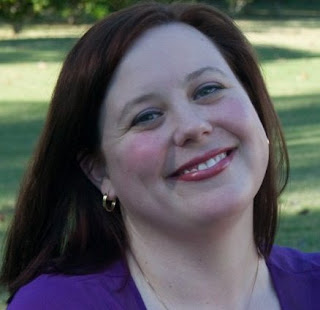 Welcome! Can you tell everyone a little bit about Demonglass?

DEMONGLASS takes place a few months after HEX HALL. In this book, Sophie meets her dad, goes to England, and gets involved in all KINDS of shenanigans.

Out of Hex Hall and Demonglass, which one was the more difficult to write?

Oh, DEMONGLASS for sure! In the first book, I could just make up anything I wanted. In the 2nd one, there were all these RULES I had to follow. Rules I’d created yes, but still! Plus I actually knew people would be reading this one, so I didn’t want to let anyone down.

If you were stranded on a deserted island, which character from your books would you like to have to keep you company?

Ooh, I’d LIKE to say Archer, but I’m a married lady. 😉 So I’d go with Sophie. She’d be great company, AND she has a lot of strong magic at her disposal!

If you were able to choose who would play the main characters in your books, which celebrities would you choose?

This question is always so tough for me because all the actors I pick are WAY too old, haha! But assuming special effects could make them all appear 10-15 years younger, let’s go with Emma Stone for Sophie, Ben Barnes for Archer, and Jensen Ackles for Cal.

Can you tell us anything about your next project?

I have the 3rd HEX HALL book coming out next Spring, plus a new book called REBEL BELLE out in summer 2012. That one is about a debutante-turned-superhero, and I’m really excited about it! I also have a HEX HALL spin-off coming out sometime in 2013!

Thank you so much for joining us Rachel! It was so nice for you to take the time out of your schedule to answer some questions for us!
READ MY REVIEWS:
Hex Hall
Demonglass
—————————————————– 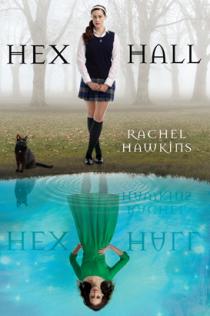 
Three years ago, Sophie Mercer discovered that she was a witch. It’s gotten her into a few scrapes. Her non-gifted mother has been as supportive as possible, consulting Sophie’s estranged father-an elusive European warlock-only when necessary. But when Sophie attracts too much human attention for a prom-night spell gone horribly wrong, it’s her dad who decides her punishment: exile to Hex Hall, an isolated reform school for wayward Prodigium, a.k.a. witches, faeries, and shapeshifters.

By the end of her first day among fellow freak-teens, Sophie has quite a scorecard: three powerful enemies who look like supermodels, a futile crush on a gorgeous warlock, a creepy tagalong ghost, and a new roommate who happens to be the most hated person and only vampire on campus. Worse, Sophie soon learns that a mysterious predator has been attacking students, and her only friend is the number-one suspect.

As a series of blood-curdling mysteries starts to converge, Sophie prepares for the biggest threat of all: an ancient secret society determined to destroy all Prodigium, especially her. 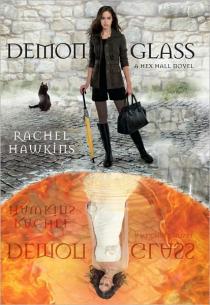 Sophie Mercer thought she was a witch.

That was the whole reason she was sent to Hex Hall, a reform school for delinquent Prodigium (aka witches, shapeshifters, and fairies). But that was before she discovered the family secret, and that her hot crush, Archer Cross, is an agent for The Eye, a group bent on wiping Prodigium off the face of the earth.

Turns out, Sophie’s a demon, one of only two in the world—the other being her father. What’s worse, she has powers that threaten the lives of everyone she loves. Which is precisely why Sophie decides she must go to London for the Removal, a dangerous procedure that will destroy her powers.

But once Sophie arrives she makes a shocking discovery. Her new friends? They’re demons too. Meaning someone is raising them in secret with creepy plans to use their powers, and probably not for good. Meanwhile, The Eye is set on hunting Sophie down, and they’re using Acher to do it. But it’s not like she has feelings for him anymore. Does she?