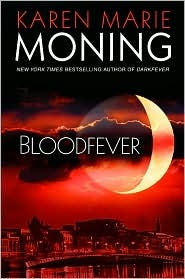 
I used to think my sister and I were just two nice southern girls who’d get married in a few years and settle down to a quiet life. Then I discovered that Alina and I descend, not from good wholesome southern stock, but from an ancient Celtic bloodline of powerful sidhe-seers, people who can see the Fae. Not only can I see the terrifying otherworldly race, but I can sense the sacred Fae relics that hold the deadliest of their magic.

When my sister was found dead in a trash-filled alley in Dublin, I came over to get answers. Now all I want is revenge. And after everything I’ve learned about myself, I know I have the power to get it….

MacKayla Lane’s ordinary life underwent a complete makeover when she landed on Ireland’s shores and was plunged into a world of deadly sorcery and ancient secrets.

In her fight to stay alive, Mac must find the Sinsar Dubh-a million-year-old book of the blackest magic imaginable, which holds the key to power over both the worlds of the Fae and of Man. Pursued by Fae assassins, surrounded by mysterious figures she knows she cannot trust, Mac finds herself torn between two deadly and irresistible men: V’lane, the insatiable Fae who can turn sensual arousal into an obsession for any woman, and the ever-inscrutable Jericho Barrons, a man as alluring as he is mysterious.

For centuries the shadowy realm of the Fae has coexisted with that of humans. Now the walls between the two are coming down, and Mac is the only thing that stands between them….

Yes, I caught the Fever! I read the first in the series quickly, and book two was devoured even quicker!  In Bloodfever, the search for the Sinsar Dubh is still going strong.  There is so much going on in these books that I had to take my time with this one and try to absorb it all.

Barrons is still on my radar as a sexy something, V’lane is still as sexual as he was in the first book, Mac is still trying to figure it all out, and the author keeps throwing more surprises and tension at you with this one!  Can I just say that my heart almost broke in the cave after Malluce pummeled Mac! I wept for her and then Barrons came along and squeezed my heart even more. *sigh* Tender moments for Barrons is too far and too few, but when he does have one it makes me melt along with Mac.

page 95:
MAC:I wiped my mouth with the back of my hand at the memory. “It was like being owned.”
BARRONS: “Some women like that.”
MAC: “Not me.”
BARRONS: “Perhaps it depends on the man doing the owning.”
MAC: “I doubt it.  I couldn’t breathe with him kissing me.”
BARRONS: “One day you may kiss a man you can’t breathe without, and find breath is of little consequence.”

The hunt is still on for the book and I keep picking up on certain clues just like Mac does.  Just when you think one player of the game is on her side, the rug slips out from her and everything changes.  Like Mac, I am wondering which players on the board will be the ones to trust and which ones are stabbing her in the back.

The witty humor between Barrons and Mac is written wonderfully.  I love how Mac is starting to get a backbone now and she is willing to smart off to Barrons when he needs it.

page 166:
“I couldn’t tell the difference between the two of you anymore!” he roared.
I smashed my fist into his face. Lies roll off us.  It’s the truths we work hardest to silence. “Then you weren’t looking hard enough! I’m the one with boobs!”
“I know you’re the one with boobs! They’re in my fucking face every fucking time I turn around!”
“Maybe you need to get a grip on your libido, Barrons!”
“Fuck you, Ms. Lane!”
“You just try.  I’ll kick the shit out of you!”
“You think you could?”
“Bring it on.”
He grabbed a fistful of my T-shirt, and dragged me up against him until our noses touched.  “I’ll bring it on Ms. Lane.  But remember you asked for it.  So don’t even think about trying to tap out on the mat and quit the fight.”

Overall a great book that is keeping my fever high and about to reach critical levels soon! The tension between Barrons and Mac is getting high and looking for release that I hope is coming soon in future books.  I need more of the series and I can’t wait to start the next book!