OMG! The cover for Belong to Me ( Wicked Lovers # 5 ) by Shayla Black has been revealed!!!!
Smoking hot cover to go with a smoking hot series! 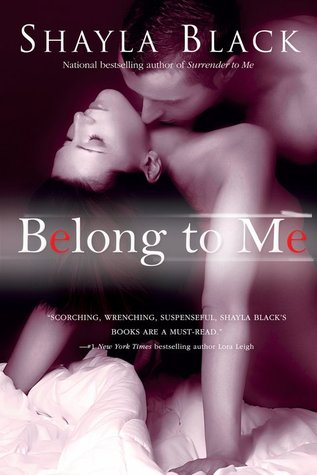 SUMMARY:
She’s undercover and in over her head…

Navy SEAL Logan Edgington once left the woman he loved to save her life. He knows Tara will never forgive him, but he has no doubt that he possesses the knowledge to master her fears and the strength to guide her through an unfamiliar world of pleasure and pain. He alone can protect her on a dangerous mission that reveals both wicked depravities and terrible secrets. Logan relishes the exquisite torture of holding her again, feeling her uninhibited response. No matter how much Tara insists their fling will end after this mission, he’s determined that she will be his again—and this time, he’ll never let her go