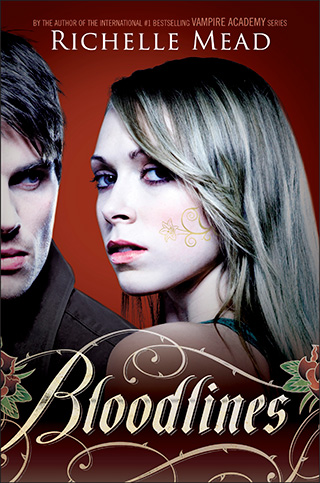 Richelle Mead has graduated from Vampire Academy, her popular YA series that wrapped up in December with the release of its sixth and final book, and now she’s moving onto new territory. Well, somewhat new: Bloodlines will be a spin-off of VA, moving the previously tertiary character Sydney, a human alchemist, from the sidelines to the forefront. It will also be set in a sunny Californian high school instead of that rigid, preppy-bloodsucker academy, which I imagine will be like transferring from the Undead Poets Society to Bayside High. Check out the finalized cover for the first book of the series—that’s Sydney with the filigreed face, by the way.