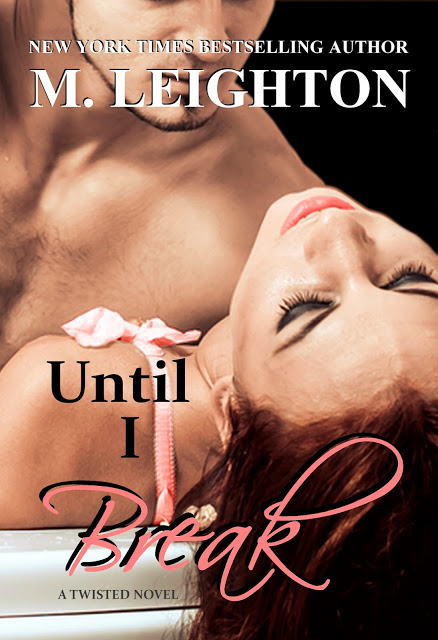 In love, sometimes what you fear most is exactly what you need.

Laura Drake is an author.  She writes bestselling paranormal romances that continue to top the charts.  She is sharp.  She is confident.  She is in control.
And she doesn’t exist.

Samantha Jansen is the woman behind the wig, the woman most of the world doesn’t know exists.  She is shy.  She is insecure.  She is nothing like her main character or her alter ego.  She is scarred—deeply scarred—by a past she can’t let go of and a present she can’t make peace with.

Samantha’s dreams are consumed by one man, the broken hero from her books.  Mason Strait is both her wildest fantasy and her most terrifying nightmare.

When Samantha meets Alec Brand, a corporate consultant, it is as though Mason has come to life.  Alec is handsome to a fault, as elegant as he is arrogant, and more intense than any man has a right to be.

Samantha is soon sucked into a world that mirrors the fiction she writes.  Just like her main character, Daire Kirby, Samantha finds herself unable to resist the forbidden lure of Alec.  And just like Daire, she also finds that she is faced with taking a chance on a man who could either set her free or destroy her.

The scale tilts toward destruction when Samantha finds out that Alec is as much a work of fiction as Mason.  And he has scars of his own, scars that could ruin them both.