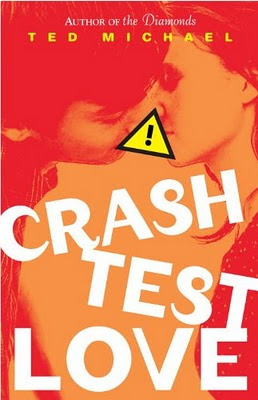 The last thing Henry Arlington wants is a girlfriend. He’s just very, very good with girls—reading their body language, knowing what they want to hear, and more importantly: getting them into the backseat of his car. But all that changes when he meets Garrett Lennox at one of the many Sweet Sixteen parties he crashes.

Garrett thinks she’s done with guys. She was dumped by her ex when she moved from Chicago to Long Island, and now she realizes that she needs to find out who she is by herself, instead of with a boyfriend. What she really needs is some good friends.

Fortunately for Garrett, the J Squad—the “it” girls of East Shore High School—want her in their clique. All she has to do is pass one little test: get East Shore god Henry Arlington to take her to one of the biggest Sweet Sixteens of the year, then dump him in front of everyone.

Garrett has promised herself not to fall for another guy, so playing with Henry’s heart shouldn’t be hard. Right?

And Henry doesn’t fall for girls, so when he and Garrett start to click, it doesn’t matter. Does it?
As William Shakespeare once said, “Love is blind,” or in this case, the lovers may be, as Henry and Garrett fall in love—and into the trap that awaits them. Because neither of them can even begin to see what the girls of Henry Arlington’s past have in store.

I have seen this book from other reviewers and noticed it getting low ratings all the way up to high ratings.  This caught my attention and the summary sounded great, so I thought I would give it a go as well.  After reading Crash Test Love, I have found my rating to be in the middle.

I wasn’t a big fan of Henry.  He was the typical player of the school and frankly, they deserve to get taught a lesson.  Not only did he think he could get any girl he wanted, he usually did just that.  I will say that his fellow party crashers, Nigel and Duke, were hilarious and dumb as rocks at times.  I found myself wanting to read their dialogue more than I wanted to hear from the main character of Henry.

Garrett was the new girl at school and was let into the J Squad on a probationary period.  The J Squad was basically a bunch of popular, stuck up snobs who thought they were better than everyone else at school.  To be a part of their group, you had to prove yourself.  For Garrett to pass the test, she has to use Henry and leave him high and dry.  I seriously was hoping Garrett would tell the J Squad off and find her own way of dealing with Henry.

Overall the book was okay, but not one I would read again. It is told from alternating point of views, and at times I wished it would just stick with one person.  The characters didn’t capture my interest as much as I was hoping either.  To me the book was kind of bland, but still had some interesting points in the story.

Okay book, but it left me wanting more!3 STARS

One Response to “CRASH TEST LOVE by Ted Michael”