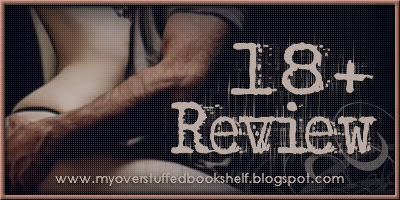 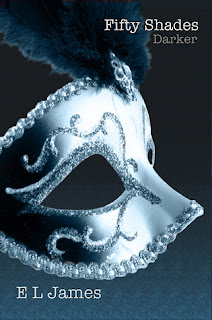 Daunted by the singular sexual tastes and dark secrets of the beautiful, tormented young entrepreneur Christian Grey, Anastasia Steele has broken off their relationship to start a new career with a Seattle publishing house.


But desire for Christian still dominates her every waking thought, and when he proposes a new arrangement, Anastasia cannot resist. They rekindle their searing sensual affair, and Anastasia learns more about the harrowing past of her damaged, driven and demanding Fifty Shades.


While Christian wrestles with his inner demons, Anastasia must confront the anger and envy of the women who came before her, and make the most important decision of her life.

MY THOUGHTS:
**Possible Spoilers if you haven’t read the first book in the series**

After being sucked into the dark world of Christian Grey in the first book, I wasn’t sure if my emotions and heart could survive another part of his story.  Seriously, after the first book I was just drained of emotion and my head was spinning from the enigma of Christian Grey.  Sexual power, control, and wealth is the bubble of Christian.  He knows what satisfies him and he doesn’t like the word no being in the script. Or does he?

This part of the story picks up a few days after Ana has left him.  She is falling apart and going through some deep emotions after losing what she thought was love. Christian is also going through hell without his shining light in his dark world.  I personally felt crushed for Christian because he is struggling with so much and change is not an easy thing for him.  He loves his control and now that Ana has left, he feels all his control slipping away.

We also get to see a more playful and romantic side of Christian than what was presented in the first part of this series.  I agree with Ana and enjoy this side of Fifty so much more.  He has so much love to give, but he is not sure how to do it.  When they finally reunite, we get to see them both struggle with trying to make their relationship work without all of the kinky involved.  Christian starts to realize that real love doesn’t have to involve all of his previous quirks, but he does realize that he will always have it in the back of his mind scratching at the surface.  Ana wants to show him what love can be without the darkness and show him love with touch and support.

I must say that  the tamed down kinky in this book is just as hot as the previous book.  I will never look at an elevator, piano, pool table, wall or boathouse the same way again!  Oh and the things he could do with that pinkie finger of his was just moan worthy.  Although I must say, I am curious to know more about what he can do with a cat like he hinted at. *hmmm* Then my heart bled for Christian in the scene where he thinks Ana is going to leave him again due to his dark past.  Christian on his knees in that state of distress will haunt my dreams from now on.  I cried at the breakdown of his personality and felt all the control that is so him slip away.

Then when Elena — the woman who is a sore spot for Ana — gets her just desserts from not only Ana and Christian, but also gets an ear full from Christian’s Mother, I was secretly cheering “Go Grace!”  I was waiting for Grace to turn her over her knee and give her a true spanking that she deserved.

While the ending will be one readers will enjoy and swoon with, it does have a small section to reveal what is to come.  We still need to see the aftermath from Christian’s change of course in life and who is planning the destruction of his world.  I think I know who it is and I just know that the next and final book is going to put me over the edge! Dark, sensual, and oh so Fifty Shades of fucked up!

“Let me ask you something first. Do you want a regular vanilla relationship with no kinky fuckery at all?”
My mouth drops open. “Kinky fuckery?” I squeak.
“Kinky fuckery.”
“I can’t believe you said that.”
“Well, I did. Answer me,” he says calmly.
I flush. My inner goddess is down on bended knee with her hands clasped in supplication begging me.
“I like your kinky fuckery,” I whisper.”
–Ana and Christian

“I don’t know whether to worship at your feet or spank the living shit out of you.”
–Christian to Ana

MY PERSONAL ODE TO CHRISTIAN: