Today on My Overstuffed Bookshelf, I have the great pleasure to introduce you to the amazing Janet Cadsawan!  Janet makes some amazing jewelry and after we hear a special post from Janet, you have the chance to enter a giveaway for One Golden Lily Bracelet inspired by the series from Richelle Mead!

GUEST POST from Janet Cadsawan
Thank you Overstuffed for having me guest blog. It’s the second time in a month that I’m talking about jewelry and I wanted to talk about my love for Vampire Academy and Bloodlines. Many people ask me how I choose which book I want to make jewelry from. This simple answer is that I have to love the story. The more complicated answer is that I have to love the characters as well. In all stories, there are good, bad and gray characters. They all play a role in how the story will unfold but I find myself attracted to stories that have character driven story lines. For me at least, I feel connected to a “person” that somehow continues despite the story ending. I don’t think I’m the only one out there that is affected by characters like this. More often than one thinks, a character will wear a piece of jewelry, be compared with a symbol or have something like a hidden secret tattoo. Whether it’s strength, love, courage or in some cases loss, we love these characters and we want more of them. It is exactly this feeling I must have when I make a piece of jewelry.
I fell in love with Richelle Mead’s adult books first. The Dark Swan and Succubus series. Eugenie and Dorian. Georgina and Seth. All I have to do is evoke those names and so many emotions come bubbling up. I’ve wanted to do some Georgina jewelry because there have been so many good ones in that series, but it was Vampire Academy that really sucked me in. Rose and Dimitiri’s story broke my heart and put it back together again in such a wonderful way, I am afraid to re-read the series! I’m serious. In any case, it was such a pleasure to make the symbols of this series come to life for everyone to wear with pride! Now with Bloodlines, I think that Adrian and Sydney are going to do the same thing. I don’t want to give too much away, but Richelle Mead has a way with crashing through forbidden and taboo subjects. The characters have to go through hell in order to find love. I hope this golden lily bracelet shines brightly for you as Sydney does for Adrian!
ABOUT JANET 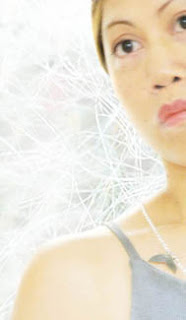 Janet Cadsawan’s philosophy is that jewelry is magic adorned. She designs one-of-a-kind talismans, fine jewelry and supernatural baubles. Her pieces are showcased in both art galleries and fine jewelry stores. Her work has been on TV shows and movies. Several pieces come straight out of books!
All of her jewelry is made in New York City and Rhode Island with as much recycled metal as possible.

CONTEST
Fill out Rafflecopter to enter
Open Internationally
One winner for one bracelet! 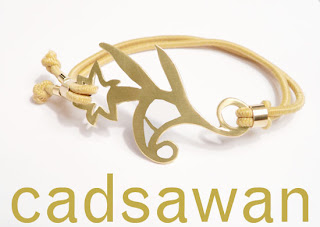