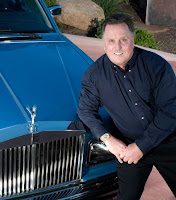 “Where did you get the idea for the Summit Murder Mystery series?” is a question I’m often asked. The answer: I was part of a 1987 Everest expedition. I never planned to attempt a summit but thought the experience would be one of a lifetime. I was right. I reached 21,000 feet, well below the summit, but that was enough for me. Climbing Everest, even with the aid of all the technology now available, is a daunting and dangerous undertaking. What I took away was just how dangerous high altitude climbing is and when the prospect of murder is introduced … the possibilities are immediately apparent. 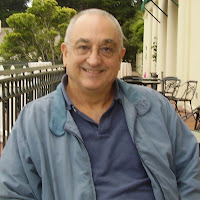 I met Ronald J. Watkins, my co-author on the series, several years ago when he helped me structure my book “Remodeling Hell”. Since then we teamed up to pen the Summit Murder Mystery series. It’s true that two heads are better than one. Together we have brainstormed many hours and have written many drafts of each mystery in the series. The fun part is making the characters come alive on seven distinct and remote deadly mountains.
We thought  and researched much about traditional publishers. Ron had been published a number of time by them, but was never happy with the outcome. The horror stories we heard from authors  was astonishing. After carefully weighing the pros and cons, especially for my situation, we decided to self publish and start Irion Books. It has been a real learning curve, but the results are starting to pay off. My situation is unique to many writers/self publishers. I have the time being semi retired, the money to market the novels and an MBA in marketing.

Our next book in the series “Murder on Elbrus”  is set on the highest and definitely the deadliest mountain on the European continent. Ron and I had a lot of fun with this book … exciting , action packed involving many of the same characters from our coveted “Murder on Everest”. We’re in the final editing stages adding more twists and turns to make this a wild ride for the readers. Next up is “Murder on Mt. McKinley” then “Murder on Puncak Jaya”. Ron and I are weaving real facts about the area, cultures, religions and political circumstances into each mystery. As always we are making the climbing as real and authentic  as possible—you’ll believe you’re there!
Ron and I enjoy communicating with murder mystery fans and those involved in mountain climbing. There are a variety of ways to connect with us and follow the progress of the series. The best is our website http://www.summitmurders.com; it includes links to our Twitter, Facebook, LinkedIn, and Blog.