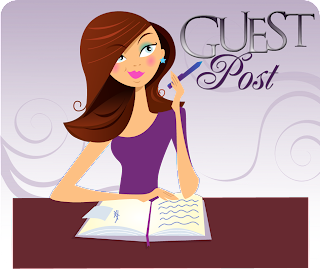 I’ve been spending a lot of time this week researching and looking at all kinds of awesome steampunk stuff.  While I was writing SKIES OF FIRE, my first steampunk romance in The Ether Chronicles series, I stayed away from surfing the net in search of steampunk, since I wanted to make certain that the vision I had for the series wasn’t influenced by other people’s ideas.  But now that the book is written and on (virtual) shelves, I’ve been having a great time Oohing and Ahhing over the incredible steampunk clothes, gadgets and images out there.

I started to think, as I did my investigation, what of all the steampunk stuff I found would the hero and heroine of SKIES OF FIRE like?  What might they find useful or be drawn to?

The heroine, Louisa Shaw, is an intelligence operative for the British Navy, so she’d want cool spy gadgets.

This spy ring, for example, would be perfect for her: 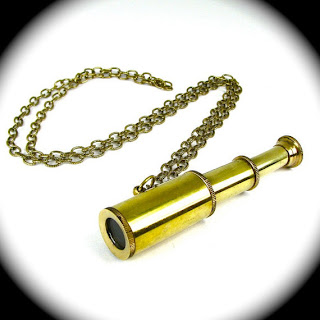 (BTW, my husband and fellow author Nico Rosso gave me this necklace when I finished writing SKIES OF FIRE.)

Though Louisa is often on dangerous assignments in the field, as she is in SKIES OF FIRE, she’d also want to look pretty for her former flame, Captain Christopher Redmond of Her Majesty’s Aerial Navy.  When dining at the captain’s table, Louisa might wear one of these dresses to catch his eye: 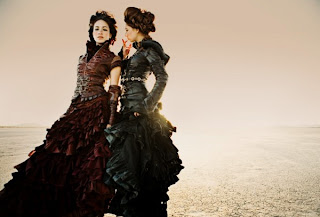 Now, Christopher’s steampunk needs are different from Louisa’s.  For one thing, he’s a Man O’War, a hybrid between man and machine, which means he’s stronger and faster than an ordinary man, and has heightened senses.  He doesn’t need a spyglass when he can see over a mile away unaided.  He might, however, like this steampunk rifle (here modeled by a lovely young woman): 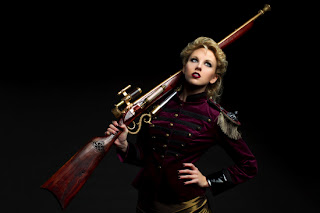 Perfect for using against enemy Hapsburg snipers in airship-to-airship combat.

In the world of The Ether Chronicles, they don’t have computers, but I’ll bet that Christopher would love to have this steampunk laptop on his airship Demeter. 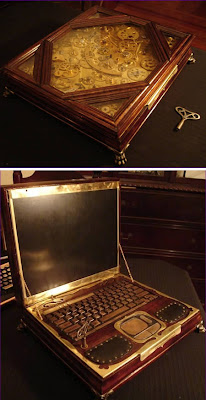 Makes communicating with naval headquarters that much easier, especially if you’re stuck far behind enemy lines, like Christopher and Louisa are.

Proper outerwear is essential when you’re the captain of an airship.  A coat like this might suit Christopher (though he’d probably wear a longer version):

Even though Louisa broke Christopher’s heart years ago, the attraction between them is impossible to ignore.  Chances are, they’re going to need this: 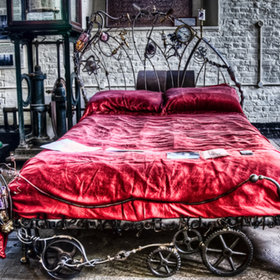 So, my question to you is: what elements of steampunk style do you enjoy?
Leave a comment, and I’ll pick a winner to receive a copy of SKIES OF FIRE! (Print copy for US/Canada, PDF for international.) Last day to enter is Sunday, April 8th, 2012!
********** 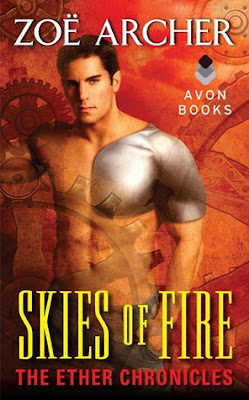 Captain Christopher Redmond has just one weakness: the alluring spy who loved and left him years beforewhen he was still just a man. Now he’s superhuman—a Man O’ War, made as part of the British Navy’s weapons program—and his responsibility is to protect the skies of Europe. If only he could forget Louisa Shaw.
A most inconvenient desire
Louisa, a British Naval Intelligence agent, has never left a job undone. But when her assignment is compromised, the one man who can help her complete her mission is also the only man ever to tempt her body and heart. As burning skies loom and passion ignites, Louisa and Christopher must slip behind enemy lines if they are to deliver a devastating strike against their foe . . . and still get out alive.
Excerpt
Buy links: Amazon, Barnes & Noble, Powells, All Romance eBooks, Books-A-Million
Zoë Archer: website, Twitter, Facebook, Tumblr
**********
ABOUT THE AUTHOR: 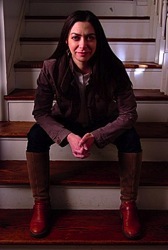 Zoë Archer is an award-winning romance author who thinks there’s nothing sexier than a man in tall boots and a waistcoat. As a child, she never dreamed about being the rescued princess, but wanted to kick butt right beside the hero. She now applies her master’s degrees in Literature and Fiction to creating butt-kicking heroines and heroes in tall boots. She is the author of the acclaimed BLADES OF THE ROSE series and the paranormal historical romance series, THE HELLRAISERS. Zoë and her husband, fellow romance author Nico Rosso, live in Los Angeles. Nico’s story in the world of The Ether Chronicles will be available in July 2012. Please visit Zoë on the Web at http://www.zoearcherbooks.com/