Today I also have the pleasure of introducing to you author Jamie Rush!  Jamie was kind enough to provide a guest post today for all of us. Sit, down, relax, and enjoy her post! 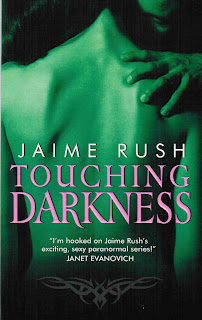 Nicholas Braden, a psychic spy in a covert government program, suspects he’s a pawn in a mad man’s quest for justice. His boss’s stunning assistant is too loyal to give him answers, but Olivia’s secret, wild side bends his mind and fires his body. As they edge closer to the darkest truth, good and evil blur, threatening their very survival.
Ideas, Ideas, everywhere!
The best part of writing is the getting ideas part. It’s like falling in love, with a flush on my face and a swelling in my heart. Usually it’s just a tidbit or maybe a scene that flashes into my mind. Sometimes it’s a bit of dialog between my main characters. I look at it all like finding a piece of treasure, the glint of a diamond lying in the grass. It’s really nice when there are a bunch of diamonds, but I’m happy even when it’s just one. 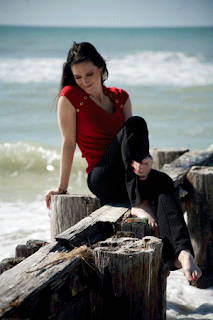 When people ask where I get my ideas, I say, “Everywhere and nowhere.” My Offspring series, for instance, came from allowing my muse free reign to do whatever she wanted. A fresh start. And she came up with a series, something I’d never considered. The series itself came from my love of three shows that were no longer on the air: X-Files, Highlander, and Roswell. I put the elements of those shows that spoke to me into my series, including psychic/paranormal abilities, being hunted by the government, and a group of very different people having to work together. It’s funny because I’ve seen reviews that compare my series to the X-Men and Heroes, but I’ve never watched those. (When I was telling my mom about my new idea, she said, “Oh, that sounds like Heroes!” I had intended to watch it, but I decided not to, just in case there were similarities.)
I’ve also gotten ideas from songs, movie trailers (which spin off from the original idea), snippets of conversations … that’s the fun part of it. Ideas spring from anywhere. I have a sweatshirt that says, Be careful, you might end up in my novel. And that’s so true. A great example of that is a guy at my gym who sounds like a porn movie actor when he works out. It used to annoy me, and then one of my characters started doing the same thing! So now, whenever Mr. Porn starts making noise, I have to stifle a smile.
So if you see someone staring off into space, a wicked grin on her face, you never know … it might be a writer getting a brilliant idea!
Question for commenters: Where do you get your best ideas?
And for something fun! I’ve been running my Kick Butt First Line contest for every book I release:  Shocking, suspenseful…make us want more!  Cash prizes! Contest runs from May 1 through June 1, 2010. It’s open to readers and writers. The entries are entertaining to read, even if you don’t enter. For details on that and my books, go to www.jaimerush.com.
TOUCHING DARKNESS
Book Three of the Offspring Series
Avon Books, May, 2010
Jaime Rush