Today on My Overstuffed Bookshelf, author Pam Bachorz has decided to stop by to talk about her new book Drought.  Let’s give her a warm welcome and see what she has to say!
The writing process of a young adult novel 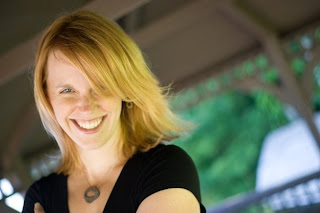 So of course every author has a different way of writing their YA novel—and probably it varies from book-to-book. I’ll tell you how I wrote DROUGHT, or at least how I remember writing DROUGHT. Much like childbirth, the process fades into a fuzzy mix of achievement and pain, over time.
First, inspiration—and dead ends. Once I had a kernel of an idea, I wrote about five chapters… and stopped. I spun off in another direction and wrote about seven chapters… and stopped. Headed off over to a THIRD direction and wrote maybe four chapters and… stopped. Finally I liked where I was going with my fourth attempt and drafted an entire novel. Before I wrote it, I planned the whole thing out on index cards, because I am an obsessive outliner.
Interestingly enough, some of the settings and themes from those failed attempts are worming their way into my new project. I wonder if they will stay, this time!
Once the draft was done, I printed it out and edited it, by hand. I use author Holly Lisle’s One-Pass Revision method and I love it. After that I entered all my changes into my computer, and sent the novel to my critique partner. She had many comments. I listened to most. Revised the novel again (this time on-screen).
Then I sent it to my editor.  She liked the book but… suggested some changes, of course! My solution to her excellent suggestions? To ditch the last three quarters of the book, and keep the first quarter—which became the last part of the book. Then I backed up the timeline and had a whole bunch of new chapters to write.
After I did that rewrite, I printed the book out again and brought it to this lovely writing retreat I go to once a year, in Taos, called Kindling Words West. In the space of a week I edited my 500 pages (with a LOT of cuts), on paper. It took me two weeks to enter that into my computer and off it went to my editor again.
That round, thankfully, didn’t require nearly as much fixing. We went back and forth on it for awhile, and finally DROUGHT headed off to copyedits.
So despite my careful plotting and planning, my road to publication is littered with many, many discarded chapters. I think I have probably two books’ worth of discarded chapters on my computer. For my process, I have to be very open to ditching anything that’s not working, even if it’s a whole lot of the story. I find the good stuff comes along VERY quickly once I do that.
I’m so curious to see how my process changes over time. Thanks for asking! 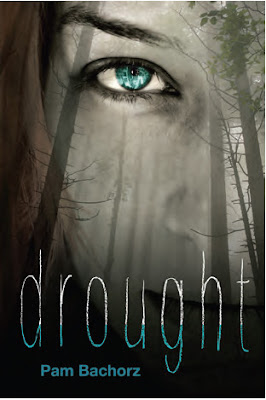 DROUGHT
By Pam Bachorz
January 25th 2011
SUMMARY:
Ruby Prosser dreams of escaping the Congregation and the early-nineteenth century lifestyle that’s been practiced since the community was first enslaved.
She plots to escape the vicious Darwin West, his cruel Overseers, and the daily struggle to gather the life-prolonging Water that keeps the Congregants alive and gives Darwin his wealth and power. But if Ruby leaves, the Congregation will die without the secret ingredient that makes the Water special: her blood.
So she stays.
But when Ruby meets Ford, the new Overseer who seems barely older than herself, her desire for freedom is too strong. He’s sympathetic, irresistible, forbidden—and her only access to the modern world. Escape with Ford would be so simple, but can Ruby risk the terrible price, dooming the only world she’s ever known?