Today on My Overstuffed Bookshelf, I would like to introduce you to author Cara Chow.  Cara is the author of Bitter Melon and agreed to stop by for a guest post.  So lets give her a warm welcome and say hello! 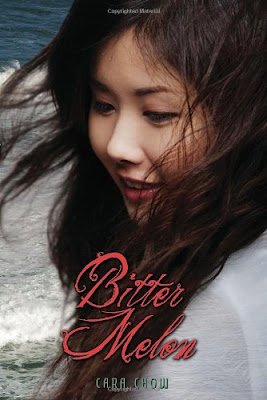 For example, when I wrote my first draft, the manuscript was in a state of explosive expansion.  I was writing in a stream of consciousness fashion, listening to my characters, spilling whatever I heard onto the page.  My story had too many storylines and no plot, but at the time, that was okay.  Then, the manuscript went through a phase of contraction, when I had to pick one story line to focus on, which meant cutting the other stories.  It was during this time that I was finding my central question in the story, which was, “Can Frances escape her mother’s control?”.
Then I decided that this story of family war and separation needed a softer side, a forgiveness element.  I went through another expansive phase, adding an adult timeline, in which Frances must choose whether or not to forgive and reconcile with her mother.  After a few drafts of that, I decided that the adult story line did not gel well with the teen story line, so I cut the adult chapters and found subtler and more succinct ways to incorporate forgiveness and redemption.
When my agent suggested that I revise my manuscript to include a larger hook, I expanded my story again, this time to include the budding romance between Frances and Derek, which meant developing a brand new character.  All the scenes involving Derek were messy and too long, but that was necessary in order to produce enough material from which to cut.  Then the manuscript went into contraction as I cut scenes, refined my characters, and altered arcs.  I went through another contractive phase when working with my editor for the final draft of the book.
For me, one of the causes of writer’s block is when I am trying to expand and contract at the same time.  Imagine trying to blow into a balloon while sucking the air out—you don’t make a lot of progress.  In the same way, it doesn’t help if I try to edit while I am generating new material.
ABOUT THE BOOK:
Frances, a Chinese-American student at an academically competitive school in San Francisco, has always had it drilled into her to be obedient to her mother and to be a straight-A student so that she can go to Med school. But is being a doctor what she wants? It has never even occurred to Frances to question her own feelings and desires until she accidentally winds up in speech class and finds herself with a hidden talent. Does she dare to challenge the mother who has sacrificed everything for her? Set in the 1980s.
ABOUT THE AUTHOR: 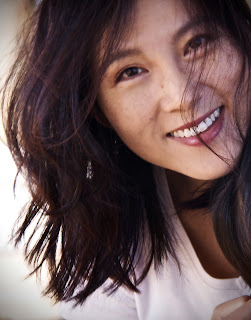 I  was born in Hong Kong and grew up in the Richmond District of San Francisco, where Bitter Melon is set.