Today on My Overstuffed Bookshelf,  I am so excited to introduce you to author Olivia Cunning!  Olivia is the author of Backstage Pass and her newly released follow-up, Rock Hard.  First of all, I want to send a special thank you out to Olivia for joining us here today!  She is truly one of the nicest authors I have had the pleasure of speaking with!  So I am going to hand over this post now to Olivia and her to Building of Sed Lionheart!

PHOTO REMOVED
*please note that some photos located within the post are mature in content. Please be advised if you have eyes under the age of 18*

That’s Sed (rhymes with bed) there, second from the left. I chose that guy to represent Sed because he sort of looks like Sed and I couldn’t find a better model on the royalty free picture websites. Since I use this logo on a lot of different things, I have to “own” the rights to the pictures and buy them. So that guy, whoever he is, now represents Sed. But… he really doesn’t do Sed Lionheart justice.

First, let’s start with the real life inspiration for Sed Lionheart. Lead singer of Avenged Sevenfold, M. Shadows. I fell in love with that voice and those dimples. Sigh…

Shadows was the inspiration for Sed, but he’s not an exact Sed Lionheart. Sed’s fictional. He does have the dimples though. Sigh… And he does happen to be a singer, but… let’s build Sed, because there is no way I’d ever find his exact match. So other than his dimples…

(No, not those dimples, though I wish I would have added them to Rock Hard. Very nice.) What does Sed Lionheart look like? Let’s start with the hair.

The hair, ladies. You’re suppose to look at his hair. The hair on his head. It’s black, if you missed that. Sed keeps his hair extremely short. It’s a defense mechanism. Fangirls get a bit excited when they see him and latch on. He keeps his hair short so they can’t grab it and rip it out. Poor guy. Don’t you feel sorry for him? Yeah, me neither.

Next, we’ll look at his eyes. Crystal blue eyes.

Okay, moving on before I dehydrate from drooling. Next we have his manly neck. I do love the look of a man’s neck. Thick.

Yes, I’m looking at his neck. What? Oh, he’s wearing a necklace. I almost missed that. Sed doesn’t wear jewelry (for the same reason he keeps his hair short), so this guy can’t be Sed, but his has the proper neck. And hands. Very nice hands. Like Sed, he’s right handed. You know how I can tell? *cough* Yes, I cropped the original picture and could see the whole thing. It was a very nice… hand…

Um, where was I. Next, we have his body. Sed is a body builder. He has bulges in all the right places.

Oh dear God, will you look at that bulge? Bulges. The muscular bulges are… um…*gulp* …bulgy? Bulgy and muscle-y. And bulgy.

Now for the backside. He has very narrow hips and wide shoulders and… oh, just look…

Anyone else trying to cup their computer screen? Just me? Am I the only buns-girl around here?

Sed also has several tattoos. I don’t describe them much in the book, but I really like this one. I can imagine Sed having this tattoo.

Yeah, I sure do like this… What was I liking? Oh yes, I like this tattoo. Love it!

And then we have “the goods”. I’ll leave a lot of that to your imagination.

And Sed knows how to use it, too. So there you have it. Sedric Lionheart in all his masculine glory.

No wonder his fangirls always rip his shirt off. Who could blame them? Not me.

Looks like the last fangirl left the job unfinished. Damn!

I hope you enjoyed getting to know Sed Lionheart. Well, at least the outside. He’s even better on the inside.

How well do you like the heroes in romance novels described? Do you want an inch-by-inch description or do you prefer to leave most of his looks to your imagination? 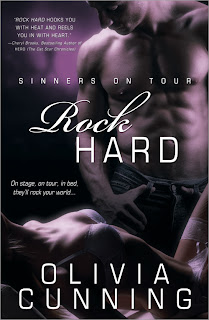 Sinner’s lead singer, Sed, had his heart shredded when Jessica left him to pursue her dreams, so when she dances her way back into his life, he’s not sure he’s ready for her brand of pain, or pleasure, again.  When she convinces Sed to engage in a benefits with benefits relationship, things seem to be going his way, until one of his fans catches their explicit public display of affection on film and posts it all over the internet.  Will Jessica ever trust Sed again?  And has Sed become the man of Jessica’s dreams or is he just posing to get what he wants? 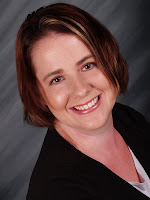 Raised on rock music from the cradle, Olivia Cunning attended her first Styx concert at age six and fell instantly in love with live music. She’s been known to travel over a thousand miles just to see a favorite band in concert. She discovered her second love, romantic fiction, as a teen–first, voraciously reading steamy romance novels and then penning her own. Her first Sinners on Tour novel, Backstage Pass was named a Top Read of 2010 by Love Romance Passion, Alpha Reader, The Fiction Vixen, Loves Romance and Smexy Books. She currently lives in Nebraska, where she is working on her next book! For more information, please visit http://oliviacunning.com/.

————————————————–
CONTEST
Sourcebooks has been kind enough to donate 2 copies of Rock Hard for a contest!
That means 2 people will each win a copy of it!
Contest will end on 4/21/2011.
CLOSED!!!!
RULES AND ENTRY
1. This contest is open to the USA and Canada only.
2. No need to be a follower, but I would love it if you would!
3. Answer the following question with an email address to contact you with if you win.
How well do you like the heroes in romance novels described? Do you want an inch-by-inch description or do you prefer to leave most of his looks to your imagination?
GOOD LUCK!!!