Today on My Overstuffed Bookshelf, I have the pleasure of having author Susanna Kearsley! Her book, The Winter Sea, releases this month and she decided to stop by the blog for a guest post!  Directly after the guest post, the Eighth Day of Christmas contest is posted for a chance to win a copy of her book! Let’s give her a warm welcome! 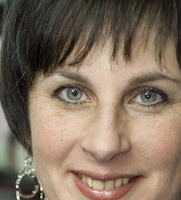 Who are some of your favorite authors/books?

Hi Amy, and thank you so much for inviting me here.

You know, usually when I’m asked this question I tend to name the authors who’ve been favorites for a long time, in some cases since my childhood, but I’ve never listed all the newer authors I’ve discovered much more recently, whose backlists I’m now seeking out and happily collecting, and whose new releases I can hardly wait to read.

First of these, for me, is Kelley Armstrong (a fellow Canadian!) whose Women of the Otherworld series, beginning with the incredible Bitten, has really got me hooked. Although Bitten is my favorite, and the one that I keep passing to my friends, I also have a very soft spot for the Paige and Lucas books that start with Dime Store Magic.

Next would come Neil Gaiman, whose Stardust was one of the loveliest books that I’d read in a long time. Pure magic. His books combine beauty and darkness in wholly original ways, and he writes them in the voice of a born storyteller.

Naomi Novik’s reboot of Napoleonic Europe in His Majesty’s Dragon, the first in the Temeraire series, rekindled my old love of fantasy and left me almost afraid to move on to her next books for fear that they couldn’t live up to the first.

And Nalini Singh’s Angel’s Blood (Hmm, I do seem to like authors whose names start with ‘N’…) was a fabulous read, as was Archangel’s Kiss, which came after it. I really like the rich world she’s created, with all its cross-cultural splendor, and I’m impatiently waiting for Archangel’s Consort, which comes out next month.

Finally, my daughter has been slowly drawing me into the chillingly shadowed world of Swedish writer John Ajvide Lindqvist, whose masterful debut novel, Let the Right One In, is a vampire story like no other.
If these new books I’m reading and loving don’t sound very much like the stories I write, that’s because I deliberately try not to read in the same genre I’m writing in, while I’m at work on a novel. I like to read something that’s different, to give me a break from the world of my own book – and doing this helps me discover some wonderful writers I’d otherwise miss.

About the Author
After studying politics and international development at University, Susanna Kearsley worked as a museum curator before turning her hand to writing. Winner of the UK’s Catherine Cookson Fiction prize, Susanna Kearsley’s writing has been compared to Mary Stewart, Daphne DuMaurier, and Diana Gabaldon. Her books have been translated into several languages, selected for the Mystery Guild, condensed for Reader’s Digest, and optioned for film. The Winter Sea was a finalist for both a RITA award and the UK’s Romantic Novel of the Year Award, and is a nominee for Best Historical Fiction in the RT Book Reviews Reviewers Choice Awards. She lives in Canada, near the shores of Lake Ontario. For more information, please visit http://www.susannakearsley.com/.
—————————————————————– 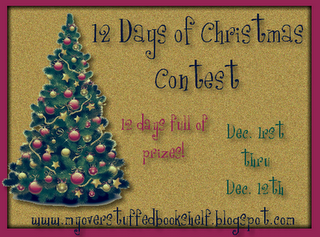 On the Eighth Day of Christmas
Sourcebooks
gave to you: 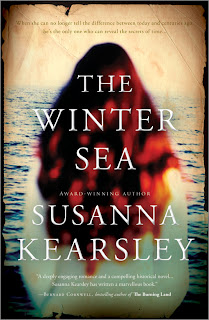 THE WINTER SEA BY SUSANNA KEARSLEY – IN STORES DECEMBER 2010

History has all but forgotten…

In the spring of 1708, an invading Jacobite fleet of French and Scottish soldiers nearly succeeded in landing the exiled James Stewart in Scotland to reclaim his crown.

Now, Carrie McClelland hopes to turn that story into her next bestselling novel. Settling herself in the shadow of Slains Castle, she creates a heroine named for one of her own ancestors and starts to write.

But when she discovers her novel is more fact than fiction, Carrie wonders if she might be dealing with ancestral memory, making her the only living person who knows the truth—the ultimate betrayal—that happened all those years ago, and that knowledge comes very close to destroying her…