Hi everyone! Today on My Overstuffed Bookshelf I want to introduce you to author Mariam Maarouf.  Her novel titled Rosie, released on Amazon this month and we wanted to share the info with everyone!  Let’s give Mariam a warm hello and see what she has to say! 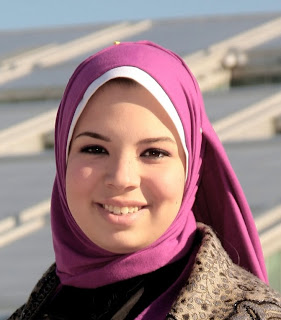 The Inspiration for my novel
I wanted this to be kickass. Really, I did. But it starts the most boring way ever.
In early ’09, my computer crashed.
Totally.
I tried fixing it (by, err, rearranging wires and continuously abusing it. Sorry, Computer) but then Mr. Stubborn wouldn’t start, and I just knew I had to give up. Awesome. No computer. No internet. And there was nothing on TV. So I started going through my old copybooks until I found one that was completely empty.
It looked tempting in its off-white glory, and after about thirty minutes of searching for a pen (and yes, I go to school), I ended up with an old, green crayon (by the way, I hate green. Oh, butterfly). I used to write short stories and poems for fun, and I’d co-written a novel with my best friend, so I said: Why the hell not? And started scribbling down the beginning of a fairy tale. Kind of. Mostly. Well, no. That’s how I first started it.
“Fairy tales have always described princesses as young, beautiful and happy, living in their castle which is surrounded by a deep moat and terrific, vast green lands. Princesses are supposed to be living that kind of life, waiting for their princes in shining armors to take them on the back of their magnificent white horses and run with them to an even more exotic place, their own kingdom. But those are fairy tales.
Real life princesses do not have that sort of life, not me at least. My name is Alessandra and I am a princess.”
I know, right? That part, though, never made it to the final draft. The thing is: I had absolutely no idea who Alessandra was and how her life would go. I didn’t know how she looked like, who her family was, how old she was – nothing. Zero.
It stayed that way for about a month (I got my laptop then), until one day, I was chatting with my BFF about how I wanted to replace my younger bro with an older one (and how that was biologically impossible. Humph) and it just popped. Not the plot, per se, but the idea of Damien.
At that point, Dam existed.
Damien is practically everything I’ve ever wanted in a brother: a prince who’s only a couple of years older (but again that particular point is on more than one list of mine), responsible, protective, not obsessed about football and understanding. And just to love him more, I added his great looks to the list. I mean, really: what’s not to love about him? Coal black hair, pure aquamarine eyes and a good hold on that gun of his. Alessandra doesn’t know about the gun, though, and it stays that way.
And then everything flowed. As any YA writer, though, I kicked out the parents from the picture—but, on my defense, they had to go. Otherwise, Sandra and Dam’s wildest thrill would be eating croissants with non-Swiss chocolate. Seriously.
Although my debut, ROSIE, is less action-filled than my WIP, SKYQUAKE, I have to say that I really enjoyed writing it. Sandra may not be a cynical, kickass princess, but she’s a sweet one – sweet, but not perfect, and that’s what I love about her. Damien may appear tough and strong on the outside, but he’s jelly-like from the inside. They’re both two characters to fall for.
My absolute favorite, though, is Carlo, their cousin. That guy is made of win, haha. You can read an interview with him on Rosie’s page on my website. 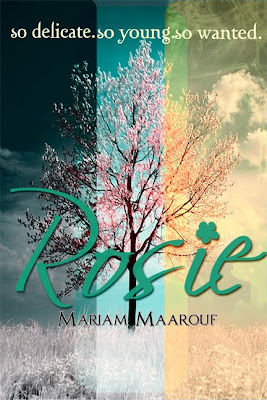 SUMMARY:
“In life, nothing is the same as it seems. People create masks –identities – to hide who they really are –some for noble reasons, or nefarious ones, but only a tiny fraction because they must.

Alessandra and Damien, or Rosalie and Daniel, were once the Princess and Prince of La Pacifica until they were forced out of the beautiful island. Eight months flew by, and they finally began to settle in Alexandria, Egypt, when they found out that they didn’t leave their past behind them, and that they were both wanted urgently.
Dead.”
LINKS:
Author’s Website
Twitter
Facebook
GoodReads
Amazon