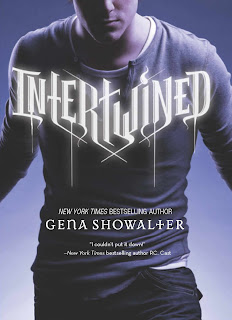 SYNOPSIS:
Most sixteen-year-olds have friends. Aden Stone has four human souls living inside him: One can time-travel. One can raise the dead. One can tell the future. And one can possess another human. With no other family and a life spent in and out of institutions, Aden and the souls have become friends. But now they’re causing him all kinds of trouble. Like, he’ll blink and suddenly he’s a younger Aden, reliving the past. One wrong move, and he’ll change the future. Or he’ll walk past a total stranger and know how and when she’s going to die. He’s so over it. All he wants is peace. And then he meets a girl who quiets the voices. Well, as long as he’s near her. Why? Mary Ann Gray is his total opposite. He’s a loner; she has friends. He doesn’t care what anyone thinks; she tries to make everyone happy. And while he attracts the paranormal, she repels it. For her sake, he should stay away. But it’s too late…. Somehow, they share an inexplicable bond of friendship. A bond about to be tested by a werewolf shape-shifter who wants Mary Ann for his own, and a vampire princess Aden can’t resist. Two romances, both forbidden. Still, the four will enter a dark underworld of intrigue and danger but not everyone will come out alive….

MY TAKE:
FINALLY! My library took their sweet time getting to my name on the wait list for this book! I was so thrilled to get it last week! Gena Showalter is one of my favorite authors! She has never disappointed me in the past with her excellent writing skills and characters you care about who just jump off the page. Intertwined is about a boy, who since birth, has had four souls trapped inside his body. They speak to him all the time, and none of them understand how they ended up trapped in his mind. One can raise the dead, one can see the future, one can transport back in time and one can possess another human. I was so captivated with this story that I was sad when it ended. The ending was nothing like I expected and it gives you the insight that there will be a sequel to this book. I pray Gena can write the sequel to this book as fast as she can so we aren’t left hanging for a long time! I am anxious to see what happens next. I will definitely be buying this book to add to my Showalter collection, which silly me, I should have done in the first place! For the next book, I won’t even bother adding myself to the wait list at the library! I will be buying it the day it comes out!

One Response to “INTERTWINED by Gena Showalter”