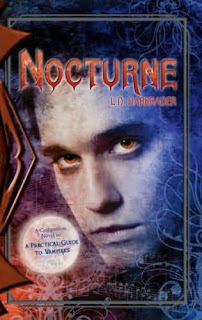 
Flanders Lane is tired of being protected by her Uncle Anatole. After years of studying magic in the back of his bookshop, she’s ready for an adventure of her own. Then one day, strange things start happening. A burglar breaks into the butcher’s shop, stealing nothing, but leaving the floors sparkling clean. Soon the seamstress’s apprentice vanishes on her way home, leaving behind only a shoe still laced at the top. And then worst of all, Uncle Anatole disappears. That night, a young vampire hunter named Pascoe knocks urgently on the bookshop door. Pascoe insists there is a vampire lurking in nearby Blakely Hall. Flanders looks deep into Pascoe’s gorgeous eyes and finds herself agreeing to help him. As Flanders tracks the vampire, her feelings for Pascoe grow until she stumbles upon a secret that turns everything she thought she knew about Pascoe–and herself–upside down.

Flannery Lane was left as a baby on the doorstep of Anatole. Not only does he take her in a raise her, but he is also a wizard.  Flannery grows up with the wizard even though he tells her time and again not to use the magic.  Since Anatole is reluctant to teach her, she sneaks behind his back and learns the craft herself.  When her “uncle” Anatole falls ill, she decides to use the magic to help him.  Then Flannery meets a tall, dark and handsome man named Pascoe, who also hunts vampires.

While the plot sounded intriguing and whimsical, I just couldn’t enjoy this book.  I understand it is focused for more of the younger teens, but the older teens might not enjoy it as much.  The plot is predictable, and at times it dragged.  Even though it has the mysterious plot and supernatural elements that readers are enjoying at the moment,  I fell the book could have been so much more.  The ending didn’t feel as complete as it should have either.

Overall, not a book I would read again.  I also would recommend it for the tween scene more than the younger adults for the paranormal fix.

3 Responses to “NOCTURNE by L.D. Harkrader”