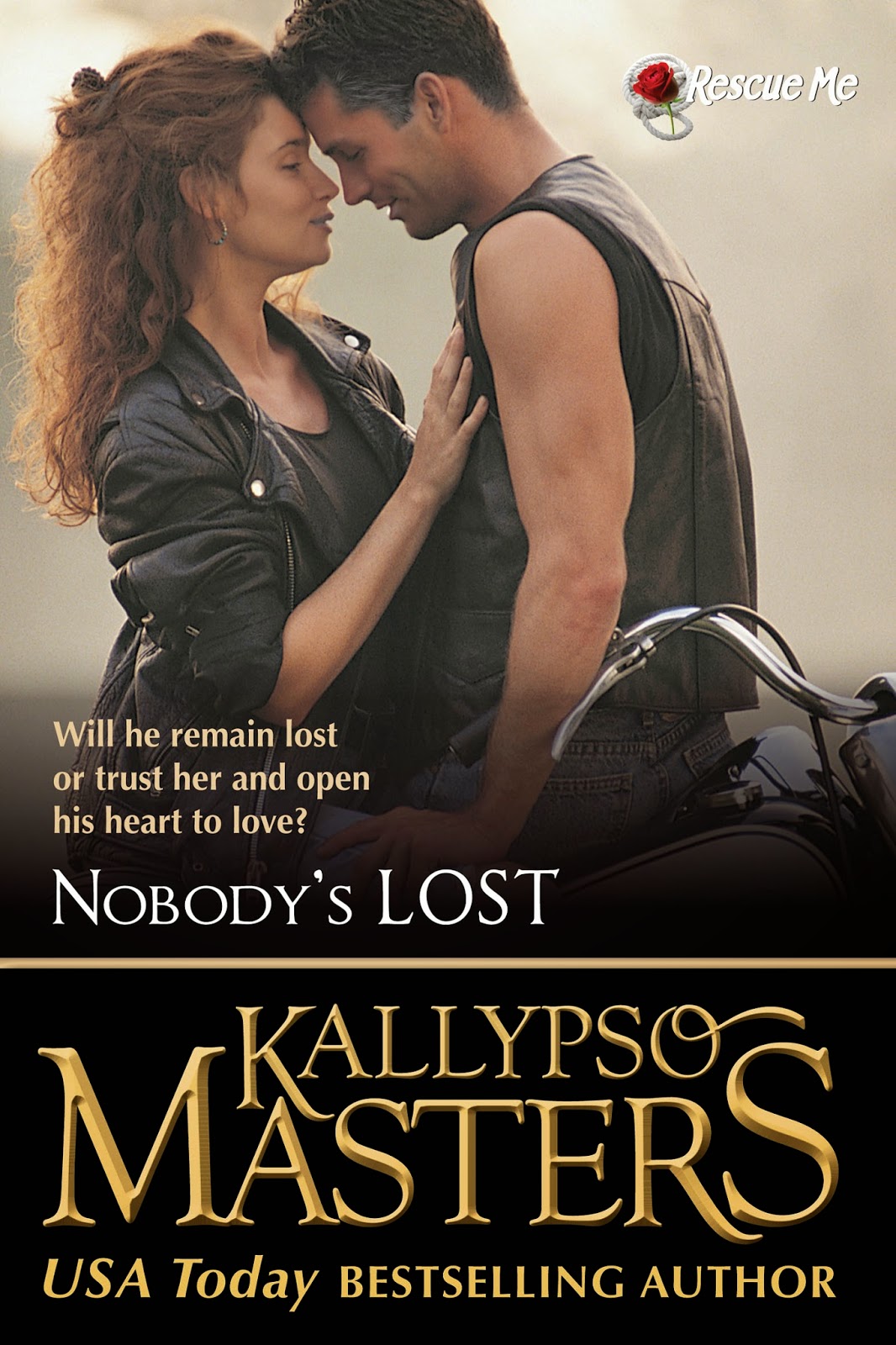 Kallypso Masters has a
surprise new release!
The fifth book in the
Rescue Me Saga released Dec. 9. While we all were expecting it to be time for
Luke and Cassie, Kally’s recent battle with cancer derailed those plans. But
not wanting to disappoint her fans, she wrote what was going to be a book about
half this size but just kept growing so that she could give her fans a book
this fall as promised.
NOBODY’S LOST is about
two characters who have had minor roles to this point in the Rescue Me Saga,
but who will play a large part in the future books in the series, including
NOBODY’S DREAM (Luke’s book which will release by March 4, 2015 now that
Kally’s cancer free and able to concentrate on it again.)
Haven’t read Kally’s
books before? No problem! NOBODY’S LOST provides readers with a new entry point
to the series. However, most readers enjoy and understand the depth of these
stories much more so when they read in order, starting with the first book, MASTERS
AT ARMS & NOBODY’S ANGEL (almost 500 pages in print!), which is FREE
everywhere. That’s the ideal place to start! Here’s the reading order for all
available books (including preorders):
MASTERS AT ARMS &
NOBODY’S ANGEL (FREE!)