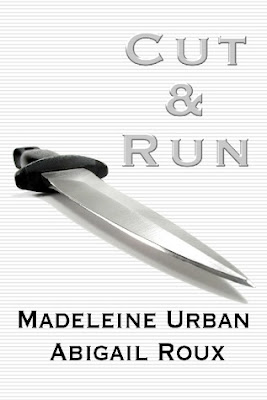 A series of murders in New York City has stymied the police and FBI alike, and they suspect the culprit is a single killer sending an indecipherable message. But when the two federal agents assigned to the investigation are taken out, the FBI takes a more personal interest in the case.

Special Agent Ty Grady is pulled out of undercover work after his case blows up in his face. He’s cocky, abrasive, and indisputably the best at what he does. But when he’s paired with Special Agent Zane Garrett, it’s hate at first sight. Garrett is the perfect image of an agent: serious, sober, and focused, which makes their partnership a classic clich: total opposites, good cop-bad cop, the odd couple. They both know immediately that their partnership will pose more of an obstacle than the lack of evidence left by the murderer.

Practically before their special assignment starts, the murderer strikes again this time at them. Now on the run, trying to track down a man who has focused on killing his pursuers, Grady and Garrett will have to figure out how to work together before they become two more notches in the murderer’s knife.

Somebody slap my upside the head please! Why have I waited so long for this series?

After hearing about this series throughout the entire year, I had added it to my wishlist in the hopes of starting it some day.  When the later books in the series appeared on numerous Top Reads of 2012, I moved it up in the count to get to sooner.  When I finally got to it and started reading it, I couldn’t stop!  I needed this fix as badly as Zane needed his.

I am having a hard time picking which character was the best.  Ty started out my clear favorite with his don’t-give-a-hell attitude and demeanor.  I loved his banter with fellow agents and his new partner at work.  Zane was more business in appearance, but slowly came around to be like Ty.  Then the roles would reverse in personality and my heart would flip the switch to being in love with Zane.  Just when I would fall for one, the authors would do something to tie me in knots for the other Alpha man.
Ty or Zane?
Zane or Ty?
I think I choose Ty.
No wait! Zane.
No, I changed my mind. Ty.
Yes, Ty.
For now.

Oh there was a mystery involved in this story as well.  I almost forgot since I was dreaming of Ty and Zane again.  The two are assigned to go undercover to solve numerous murders from a serial killer who is leaving a trail of tokens behind.  Several agents have been murdered already and Zane and Ty needs to figure it out if it is someone on the inside.  There is tons of action and nail biting scenes in this scene.  I thought I figured out who the murderer was early on, but I was wrong.  I am not a good person to have on your side when playing Clue.

This book is definitely one I loved.  I want to devour each book in the series now! I can’t wait to get my next fix of Ty and Zane!

Outstanding book that will stay on my bookshelf for rereading!
GOODREADS / AMAZON