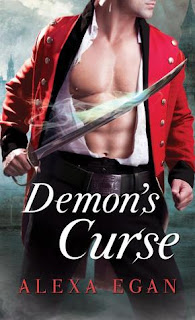 A fast-paced and captivating debut—the first in the dark and sexy Imnada Brotherhood series about shape shifters in Regency-era England.

A rising star on the Covent Garden stage, Bianca Parrino believes she has everything she wants. Independence. Wealth. And a life finally free of her violent, abusive husband. But when her close friend, Adam, is murdered, and Bianca is suspected in his death, she is unwittingly drawn into the search for his killer, and soon must question everything she believes—about her friend, about herself, and about a world she never knew existed.

A member of the mysterious race of shape-shifting Imnada and part of an elite military unit, Captain Mac Flannery gathered intelligence during the Napoleonic wars. As a result of a savage massacre, Mac and the men he served with are cursed. Now one of them has been found murdered, and Mac suspects the existence of the Imnada has been discovered at last. His only link to unearthing the truth is the beautiful actress who turns up unexpectedly at Adam’s funeral.

Before long, Mac has more to contend with than Bianca’s overt mistrust, his ill-fated attraction to the haughty and beautiful actress, and his ongoing search for an end to the curse. Because Adam’s killer is back, and Mac is next on his list.

Demon’s Curse is the first book in the Imnada Brotherhood series by author Alexa Egan.

I was a little hesitant in reading this book.  I haven’t read many paranormal romance books written in the Regency era.  If I am going to read a historical book, I usually want it to be pretty straight forward.  I have to say though that this book was pretty good.  While it was different in ways with shape-shifting in the historical world, it still had the basic structure of one without the shape-shifting. There was romance and suspense that kept me hooked from beginning to end.  I will admit that the first half of the book was a little bit confusing for me, but I think it was because I was trying to force my way of thinking.  I wanted it a certain way because it wasn’t what I was used to.  After I got over my expectations and that line of thinking, it kind of clicked in place for me and became and enjoyable read.

If you are willing to read the fantasy, romance and shape-shifting thrown into the Regency era, then this book will fit.  I will definitely keep an eye out for the next book in this series and will be adding this author to my watch list.