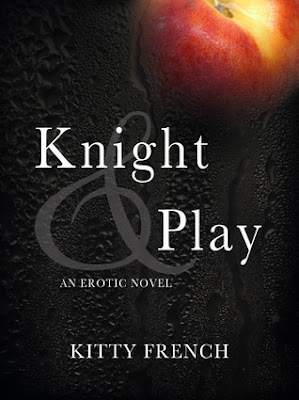 There’s only one thing in life Lucien Knight really hates, and that’s husbands who cheat on their wives.
There’s only one problem in Sophie Black’s life. Her cheating husband…
From the moment Lucien & Sophie meet, the seal is set.

CEO of Knight Inc. Lucien Knight is catch-your-breath gorgeous and damaged by his troubled past in Norway. All grown up and relocated to London, he’s built his empire of adult clubs from the ground up to become the gorgeous patron saint of the sex industry. No one knows the dark childhood secrets that have given Lucien a backbone of steel and a heart encased in ice.

No one until Sophie Black, that is…

From the moment girl-next-door Sophie accepts the job as Lucien Knight’s PA, she understands how Alice must have felt when she tumbled down the rabbit hole.
Lucien takes her safe, vanilla life away and plunges her head first into a huge dish of fantasy flavours. Rich, spicy chocolate covered with dark, oozingly lickable sauce? Check. Tutti-frutti with indecently red, glistening cherries on the top? Yes please.

Lucien strips away all of Sophie’s inhibitions, and when he instructs her to select three new toys, she soon realises he has more than a game of Monopoly on his mind…

He’s opened the door to a whole new pleasure packed world without limits, and Sophie is utterly intoxicated. But how far is she willing to go? And what happens when she has to step back into reality again?

I loathe stories that involve cheating spouses.  You might ask then why in the heck did I want to read this?  Well, from the reviews I have read about it so far, they say that the cheating isn’t what we think and isn’t as horrible as we think.  So I caved and decided to give it a try.

I can’t say if this book got better after the halfway point.  This review is strictly on the first half of the book.  This one is a Did-Not-Finish for me because of what I said above.  It wasn’t one I was enjoying and one I certainly did not want to continue.  If the points I mentioned above are not too much of a hang up for you to read about — and you are willing to overlook the rushing into the sexy time — then give it a go.  You might have different thoughts on it, but I just couldn’t do it.