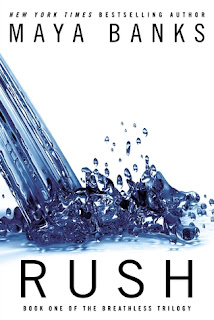 Gabe, Jace, and Ash: three of the wealthiest, most powerful men in the country. They’re accustomed to getting anything they want. Anything at all. For Gabe, it’s making one particular fantasy come true with a woman who was forbidden fruit. Now she’s ripe for the picking…

When Gabe Hamilton saw Mia Crestwell walk into the ballroom for his hotel’s grand opening, he knew he was going to hell for what he had planned. After all, Mia is his best friend’s little sister. Except she’s not so little anymore. And Gabe has waited a long time to act on his desires.

Gabe has starred in Mia’s fantasies more than once, ever since she was a teenager with a huge crush on her brother’s best friend. So what if Gabe’s fourteen years older? Mia knows he’s way out of her league, but her attraction has only grown stronger with time. She’s an adult now, and there’s no reason not to act on her most secret desires.

As Gabe pulls her into his provocative world, she realizes there’s a lot she doesn’t know about him or how exacting his demands can be. Their relationship is intense and obsessive, but as they cross the line from secret sexual odyssey to something deeper, their affair runs the risk of being exposed—and vulnerable to a betrayal far more intimate than either expected.

Rush by Maya Banks is the first book the Breathless series.  The main characters in this book are Gabe Hamilton and Mia Crestwell.

As I sit here contemplating with how to put my feelings of this book into words, I also have the urge to build a fence around myself because of all the mixed reactions that are being said about it.  I just know people with torches are going to come light a fire and throw me to the flames.  On the other hand, there might be enough supporters out there that would put the fire out and rescue me like a damsel in distress.  Either way, I am going to share my thoughts and maybe I can make my escape before you grab the matches.

I will say that Gabe is one cold man for the first half of this book. He is demanding, emotionally closed off, and has the power to bring his enemies to the floor groveling with just one look.  We do get little insights and the ‘why’ of his personality and the reasons behind the famous contract’s he uses.  I can understand his intense need to protect not only himself, but others that could be involved, even if it does seem a bit extreme.

Gabe is also a billionaire who is in business with two of his best friends.  Ash has to be my favorite so far of the three even though this book focused on Gabe.  Ash is the charmer and the man that explores the threesome’s with Jace.  Jace is the smooth talker and the one that will close a deal while having a little fun on the side with Ash.

Enter Mia Crestwell.  She is Jace’s little sister that he has spoiled and taken care of since the death of their parents years ago.  He provides everything for her including an apartment, money and even paying for her college.  While she appreciates everything Jace has done for her, she still doesn’t know what to do with her degrees from college and is working in a bakery to try and stand on her own feet.

While there were plenty of naughty and intense scenes in this book, I loved the tender moments between Mia and Gabe the most.  When Gabe would open up to Mia and share things that he hadn’t shared with many others, you could feel his emotions and the struggle this Alpha-man was going through.  While he is clearly a Dominant man in the all aspects of his life, you could tell that Mia was his soft spot and was going to be the one who would bring him to his knees.  I especially loved her backbone when it came to the climax of her brother finding out.  Of course, I was also appalled at the way her brother finds out — and the scene was the only reason I lowered the rating from a 5 to a 4 rating. Only because of the abrupt way it happens when we are finally getting an emotional sexy scene from Gabe and Mia.

Now many people have mentioned a scene that happens around the 70% mark in this book.  It is something that many didn’t agree with and wanted to stop with the journey when they read it.  While I won’t spoil this scene in sharing the details of it, I will say that I am glad the author turned it around bringing Gabe back to his senses.  If he wouldn’t have changed halfway through that scene, I probably would have stopped as well.

While the ending had enough sappiness that I was looking for maple trees around me, I still enjoyed it. It was sweet and over the top, but it wasn’t so bad that it made me want to dance around in a field of flowers.  Personally, this a series I am already in love with and can’t wait for the next book in the series.