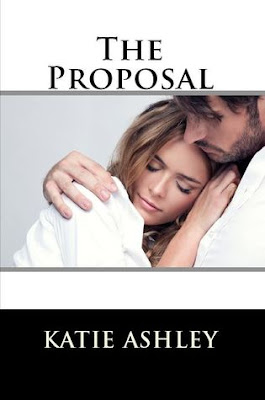 In the weeks following Aidan’s betrayal, Emma has tried her best to move on. Ignoring his countless texts, voice mails, and flowers, she isn’t sure she wants to be won back by him. But Aidan isn’t going down without a fight—especially not until Emma lets him reveal the secret of his past that caused him to be so commitment phobic.

But fate intervenes when premature labor forces Emma on strict bed rest for two weeks. Aidan steps forward with a shocking proposal. To prove his love and commitment for her and their unborn son, he will take a leave of absence from work to care for her around the clock. Vowing to guard her heart, Emma reluctantly agrees.

While she is touched by Aidan’s attentiveness and tender loving care, Emma is thrown for a loop by the amorous attentions of ER doctor, Alpesh “Pesh” Nadeen. Pesh is everything Emma could ever want—successful, stable, and ready to settle down and be a husband and father. Pesh wants nothing more than to win Emma’s heart, but she is not sure she’s able to give it.

Her heart may still belong to the very man who broke it—the one who is so desperately trying to win her back.

After the way the previous book in this series ended, I honestly didn’t know how Aidan was going to fix his big mistake.  Even though he screwed the relationship up,  I still was cheering him on and hoped the author could fix it.

Aidan is desperate to win Emma back.  He knows he messed things up when he got scared with his feelings, but in this book it is Emma’s turn to throw it back in his face.  When Emma must take Aidan’s father to the hospital after a health scare, she meets the young and sexy Dr. Alpesh Nadeen.  Aidan recognizes him as competition for Emma and knows he is going to have to fight twice as hard.  Can I just say that Aidan has some serious groveling to do in this book and he goes all out.  Then throw in the McHottie doctor and we have some hard decisions for Emma.

Now for the parts I didn’t like too much.  I didn’t like the pace of the book this time around.  We start at one time, then it jumps two weeks, then two months, then just a few days, months again, then and epilogue 8 months later.  It would have been so much better sticking to just a monthly jump to have flowed better.  Also, after Emma makes her decision on which man she will be with, it is drawn out in sappy moments for few chapters.  When the climax is reached in the story you expect it to end, but with this one you get a series of small climaxes that took away from the best parts of the book.

While I did enjoy the book,  I found this one lacking compared to The Proposition. Overall a good book, but it does fall in the dreaded sequel trap of not being as good as the first.