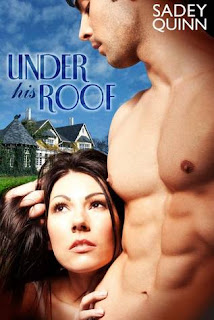 Rachel has had great success in her career, but in the meantime has inadvertently shunned her friends and family from her life. So she seeks the help of a professional disciplinarian to provide her with ‘motivation’ to be kind.

What will happen when the unlikely pair meets?

This is a NOVELLA, not a full length novel. Expect about 30,000 words, or half the length of a typical romance book.

Hmmm…How to put my feelings into words for this read.  That is the problem I am having.  While this book doesn’t go into graphic scenes of sex, it does involve the elements of Dominance and Submission with it being about spanking.  I think my main problem with this book was that I was thinking it was going to be a regular erotica featuring smut, smut, and more smut.  I went in thinking it was going to be the usual read of a new D/s relationship.  Instead, it is focused on spanking as a disciplinary thing instead of a sexual thing.

The other problem I had with this book — and I have noticed that other reviewers had this feeling as well — is that David just takes and takes, but Rachel never gets much in return.  She submits to him for the spankings.  She submits to moving in with him after a matter of hours together.  She also submits to his general rules of living together.  What did David have to do?  Just be allowed to show his caveman mentality of ‘do as I say’.

In short — which this read was rather short — it is a series that I don’t see myself continuing.  While the author does get props and an extra rating for flow and style of writing that wasn’t too bad, this type of read is just not for me.