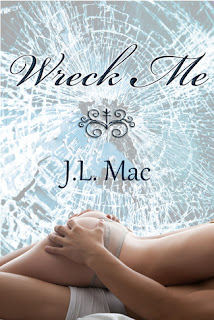 Life can be cruel. People can be ruthless and evil. The world can be cold and uninviting. No one knows these things better than Josephine Geroux. By her own definition, she is a twenty-five year old “nobody with nothing,” and she is content to stay that way. Growing up an orphan has made her tough and indifferent to the people around her until she meets a strangely familiar man with a face that haunts her for reasons she can’t understand.

Despite the pain that will inevitably ensue, she makes it her mission to discover what parts of her tragic puzzle she is missing. On her journey to discovering why the she feels an alarming connection to an absolute stranger, her greatest fear is reawakening the demons and darkness from the past that will surely overtake her if she lets her guard down.

Little does Josephine know that the past should be the least of her worries. She is toying with a man who has already broken her heart once. She just doesn’t realize it.

Although she makes it a point to avoid interactions with others, Josephine’s life becomes entangled with the enigmatic stranger. Before she realizes it, she has given herself over to the one person who is close enough to wreck her.

Wreck Me is the first book in the Wrecked series by author J.L. Mac.

This has to be one of the hardest reviews to write.  I am so on the fence with the rating that I am still not sure if I the one I give is the right one or not.  I had a really hard time reading this book.  The other reviews were so conflicting that I ended up buying it anyway to form my own opinion.

The pacing of this book is fast.  I am talking instant love and devotion in the space of 24 hours or less. Not only do they start sleeping together right away — which I can handle in a romance book — the showering of gifts and attention is almost instant.  I was shaking my head through the first half of this book.  I even complained about reading it to the point of forcing myself to read the rest of it.  Jo was not a character I enjoyed.  Sure, she has had a rough life but her attitude was rude and obnoxious.  Damon could be Alpha Male in the bedroom, but the rest of the time he was like the puppy he bought for Jo.  He bordered on sappy at times and trying too hard with Jo. I think my favorite character of this book though is a Damon’s Grandmother.  She was funny and kept my interest when she was in the scenes.

There are also grammatical errors that could be annoying to some readers, but honestly I don’t usually pay attention to those things since I make plenty of mistakes myself.  So if this is a big thing for you as a reader, be prepared for some.

As I approached the last quarter of this book though, it started to turn around.  I started to fall for Damon and I felt his pain.  While I don’t agree with his final decision in the last chapter, I can see the setup for the next book because of it.  This is where it is hard to make a final decision for my rating.  I hate that I had to wait until the last part of the book to finally find myself feeling for the characters and starting to enjoy the writing.  I couldn’t understand why the first 2/3 of the book couldn’t be as good as the last 1/3.

Since the ending is left on such a cliffhanger, I am compelled to read the next book. Now that I have made a connection with the characters, I need to see the outcome of the decisions they have made.  I am hoping that the next book will have the gusto that the last part of this book had.