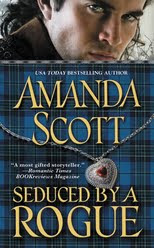 A fair-haired beauty at 19, Lady Mairi is heiress apparent to her father Lord Dunwythie’s rich barony. He has carefully taught her how to manage their estates, but a feud between his clan and the Maxwell clan is brewing as the two families edge toward a clan war – their dispute over money owed. Mairi’s father believes he owes nothing, and of course Mairi sides with him.

When the impulsive and blue-eyed Rob Maxwell chances to meet Mairi in a barley field, they feel instant attraction, despite their families’ antagonisms. Knowing he must put his clan first, Rob enacts a plan to force Dunwythie to pay his debt: Rob kidnaps Mairi, making the abduction appear the work of a stranger; then he and his sheriff-brother offer to help Dunwythis rescue his daughter IF, and only if, he will pay them the monies due. Yet after Rob captures Mairi’s body, she captures his heart. When Dunwythie summons the aid of the most powerful clan in all Scotland (the Douglases), clan-tensions rise to a fever pitch. Love takes its own feverish course, as Mairi and Rob join forces to prevent a clash between hot-headed clans, and to protect their budding love. 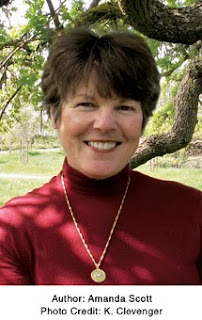 Amanda Scott, best-selling author and winner of the Romance Writers of America’s RITA/Golden Medallion and The Romantic Times’ awards for Best Regency Author and Best Sensual Regency, began writing on a dare from her husband. She has sold every manuscript she has written. More than twenty-five of her books are set in the English Regency period (1810-1820), others are set in fifteenth-century England and sixteenth-and eighteenth-century Scotland. Three are contemporary romances. Amanda lives with her husband and son in northern California.

Hachette Books was kind enough to donate 5 copies of Seduced By A Rogue to 5 lucky followers of my blog! Here are the rules:

-Only residents of the U.S. or Canada are eligible to win
-No P.O. Boxes
-Please comment and leave your email address for me to contact you after the contest has ended.
-You must be a follower to enter.