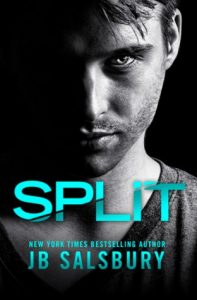 After her career goes sour, Shyann finds herself jobless, penniless, and packing for her hometown–where unwanted memories await.

Lucas needs the quiet life. And that’s exactly what he’s found in Payson, Arizona. For the first time in his life, he finally feels like his mind is in check. Lucas has suffered from blackouts since he was a child. He knows he’s not like other guys.

But when Lucas meets his boss’s daughter, her probing eyes and personal questions pick away at his barriers. Shyann is everything he should never have…everything he wants. And soon the blackouts return. The last thing he wants is to expose how dangerous he can be–but he’s helpless, and it could cost him Shyann.

This is one of those books where you really want to rate it higher because it was “reading crack”, but you also had some problems with it to lower it down. Since I am having a hard time with the rating, I am going to give it a middle score of 3 with a list of pro’s and con’s.

PRO- first story I have read with a main character and multiple POV with this disorder.
CON- sometimes the two personalities were too Good vs. Evil

PRO- it kept my interest until the end with the “reading crack”. I HAD to know what happened.
CON- A little predictable, but the downfalls of the story is what made it so addicting!

PRO- The epilogue
CON- The constant reminder and career whining Shyann puts the reader through.

PRO- The cover
CON- Dustin and Trevor (technically that is two cons, but whatever.)