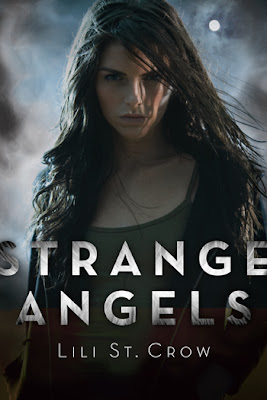 Dru Anderson has what her grandmother called “the touch.” (Comes in handy when you’re traveling from town to town with your dad, hunting ghosts, suckers, wulfen, and the occasional zombie.)

Then her dad turns up dead—but still walking—and Dru knows she’s next. Even worse, she’s got two guys hungry for her affections, and they’re not about to let the fiercely independent Dru go it alone. Will Dru discover just how special she really is before coming face-to-fang with whatever—or whoever— is hunting her?

I had really high expectations for this book.  It sounded great from the summary and I had heard wonderful things about the series.  However, it ended up being a disappointment for me.

When Dru’s Father takes off for another hunt, he doesn’t come back.  She is worried and scared about him which is understandable.  They hunt things that go bump in the night, and things that most people think are not real.  When her Father does return though, she finds he has been turned into a zombie.  After he attacks her, Dru is forced to shoot and kill her father.  She finds herself hiding out with a boy from school named Graves.  He quickly finds out that Dru is not like other girls when a werewolf attacks and he is bitten.  Instead of him turning though-and forcing Dru to kill him- he ends up only half changing.  Together they try to figure out what is going on, while another boy named Christophe tries to convince them that he is there to help as well.

This book had more description than actual dialogue.  It went overboard in the supernatural to the point of enough already.  While I loved the character of Graves-even when he was whiny and scared- Christophe came off as a jerk, while Dru came off as a stuck up ditz.  She is suppose to be trained in this stuff growing up with a father who hunts.  At times, she couldn’t even take the safety off a gun!  There were many filler scenes and pages with no actual reason to be in there.  A lot of repetitive story with no substance and progression.  By the time I neared the end of this book, I didn’t really care what happened to anyone in the story.

That being said, the story could have potential in the rest of the series.  If the books following Strange Angels would put its focus on the characters and their interaction more than the dialogue of useless information, then the plot of the story could really take off and make it work. The basis of the plot is the only reason I am giving this a 2 star rating instead of a 1 star rating.  I still might give the next book a try, but I don’t have the excitement in the series as others might have.