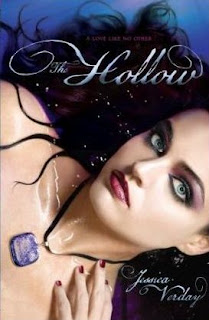 SYNOPSIS:
When Abbey’s best friend, Kristen, vanishes at the bridge near Sleepy Hollow Cemetery, everyone else is all too quick to accept that Kristen is dead?and rumors fly that her death was no accident. Abbey goes through the motions of mourning her best friend, but privately, she refuses to believe that Kristen is really gone. Then she meets Caspian, the gorgeous and mysterious boy who shows up out of nowhere at Kristen’s funeral, and keeps reappearing in Abbey’s life. Caspian clearly has secrets of his own, but he’s the only person who makes Abbey feel normal again…but also special.

Just when Abbey starts to feel that she might survive all this, she learns a secret that makes her question everything she thought she knew about her best friend. How could Kristen have kept silent about so much? And could this secret have led to her death? As Abbey struggles to understand Kristen’s betrayal, she uncovers a frightening truth that nearly unravels her—one that will challenge her emerging love for Caspian, as well as her own sanity.

I was so excited to finally get this from the library. I had been wanting to read this forever. I will admit, the cover is what captured my interest. I was instantly intrigued after reading the blurb on the book for this one. This was a plot completely different than what I would normally read.

Be prepared for a long read. This book is over 500 pages, but the format is largely spaced lines making it more like 250+ pages instead. I started out liking this book, but the further I read into this book, the more I started to get bored with it. Is there suppose to be a romance between Caspian and Abbey? At first I thought there was going to be, but as you go through the book, it is uncertain. Was there going to be a conclusion to the mysterious way her friend died? I couldn’t figure it out. It never explained what happened to her. The last couple chapters the author rushes to explain some things, but at the end I was still stumped and wondering what was the point in reading all these pages when the ending had so many loose ends. I hate to give spoilers, so I won’t go into detail on what was left unexplained.

I do hope the author plans on releasing the next novel quickly so we can get the ending we deserve to read. I understand she wrote this whole novel by hand, but that is no excuse for not finishing a story. Even books that are a part of a series have some sort of closure at the end of each book.

2 Responses to “THE HOLLOW by Jessica Verday”