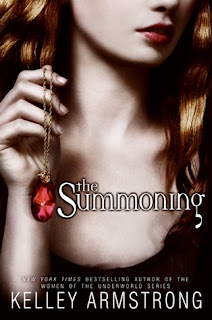 After years of frequent moves following her mother’s death, Chloe Saunders’s life is finally settling down. She is attending art school, pursuing her dreams of becoming a director, making friends, and meeting boys. Her biggest concern is that she’s not developing as fast as her friends are. But when puberty does hit, it brings more than hormone surges. Chloe starts seeing ghosts–everywhere, demanding her attention. After she suffers a breakdown, her devoted aunt Lauren gets her into a highly recommended group home.


At first, Lyle House seems a pretty okay place, except for Chloe’s small problem of fearing she might be facing a lifetime of mental illness. But as she gradually gets to know the other kids at the home–charming Simon and his ominous, unsmiling brother Derek, obnoxious Tori, and Rae, who has a “thing” for fire–Chloe begins to realize that there is something that binds them all together, and it isn’t your usual “problem kid” behaviour. And together they discover that Lyle House is not your usual group home either…

The Summoning is the first book in the Darkest Powers Trilogy.  I have heard reviews range from bad all the way up to amazing.  So when I picked up the trilogy to read, I didn’t really know what to expect.  I knew it was about a group of kids that had been genetically altered and have special supernatural powers, but I wasn’t sure about what kinds of powers they would have.

This book started out pretty good.  I was liking the plot twists and how Chloe is put into the Lyle House.  Unfortunately, after she arrives at Lyle House, the book really starts to slow down.  Yes, there are some interesting and exciting scenes, but they are far and few.  The pace was not constant.  It would be pretty slow for a few chapters and then we would have one exciting scene.  They would only happen once every couple of chapters. This wouldn’t have been such a bad thing, but the parts that didn’t have the action were just drawn out and not much to get worked up over.  I wouldn’t say those slow scenes were boring, but they did drag the book down.  It felt like it was more of filler pages to lengthen the book.

I found the plot premise to be an interesting one though and continued on in the story.  I am curious to know what Derek could be — even if I have a good idea what it is — and how this will effect the outcome of the final book.  I also enjoyed how the author used a mixture of supernatural elements instead of sticking to just one type.  With Chloe having the power of necromancer, Liz and Tori having different powers that could be either witch-like or poltergeist, and Simon having his own mystical powers, it could bring a whole new plot upon the reader before finishing the series.

While the series left me with more questions than answers, I wouldn’t say it was horrible.  I would say that I am still intrigued enough to finish the series, but nothing really stood out as noteworthy yet.  I am hoping the books following The Summoning will improve and keep me invested in the final outcome.