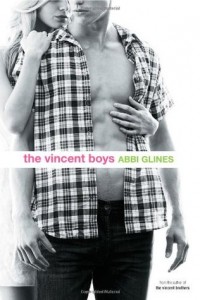 There was something wicked about Beau that drew me to him. What was wrong with me? Why did I want to sin so badly?

Ashton is getting tired of being good, of impressing her parents and playing ideal girlfriend to Sawyer Vincent. Sawyer is perfect, a regular Prince Charming, but when he leaves town for the summer, it’s his cousin Beau who catches Ashton’s eye. Beau is the sexiest guy she’s ever seen, and even though he’s dangerous, Ashton is drawn to him.

Beau loves his cousin like a brother, so the last thing he wants to do is make a move on Sawyer’s girl. Ashton is off-limits, absolutely. That’s why he does his best to keep his distance, even though he’s been in love with her forever. When Ashton wants to rekindle their childhood friendship in Sawyer’s absence, Beau knows he should say no.

Ashton and Beau don’t want to hurt Sawyer. But the more they try to stay away from each other, the more intense their urges become. It’s getting way too hard to resist..

Where do I even start? I really wanted to enjoy this story after so many people on Goodreads had rated it with high marks.  I am in that lower percentile that didn’t have such high praise for it.

The writing wasn’t too bad.  The author had some great writing and narration.  Heck, even most of the dialogue wasn’t that bad.  I think it was the flat out cheating that bothered me the most. I am not a fan of stories with cheating involved. I don’t like cheating in real life and I certainly don’t want to read about cheating.  Yes, sometimes it is not so black and white and might be able to work in a fictional world, if the author handles it very carefully.  Well, I was disappointed with the way this one was handled.  It seemed that right off the bat the main characters were getting it on and moved straight into the no-fly zone. I also was about ready to pull my hair out if I had to read how perfect Sawyer was on almost every other page.

The characters were frustrating and seemed not to have any sensible values whatsoever.  Perfect Ashton (who happens to be the preachers daughter). Perfect Sawyer. Bad boy Beau (which everyone in town looks down on). Like I said, the writing was decent, but the story and characters were not.