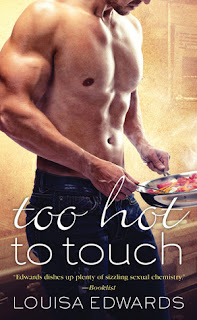 When it comes to competitive cooking, Max Lunden is no stranger to winning…though he’s never been great at working with a team. A master chef—and major hunk—he’s traveled the world, picking up new cooking techniques as well as beautiful women. But when the prodigal chef returns home to his family’s Greenwich Village restaurant, he discovers one too many cooks in the kitchen—and she’s every bit as passionate as he is…

Juliet Cavanaugh used to have a crush on Max when she was just a teenager, hanging out at Lunden & Sons Tavern, hoping to catch a glimpse of the owner’s oldest, and hottest, son. Now a chef herself—competing in the biggest culinary contest in the country—Juliet will be cooking side by side with the one man she’s always admired…and desired. But despite their simmering attraction, Juliet is determined to keep her cool—no matter how hot it gets…


First of all, look at that yummy cover!  I had to force myself to quit drooling at it long enough to actually read the story!  Of course every time I turned the page I had to look and drool again.  But you are wanting a review of the pages inside that gorgeous cover so wipe the drool from your chin and lets get started.


This is the first book in a new series by author Louisa Edwards.  This series focus is on a competition called the Rising Star Chef and a family who runs their own restaurant that is need of attention due to lack of business.  Juliet, or Jules, is a long time friend of the family who just happened to live with the Lunden family for awhile after she had a falling out with her Mother.  She is also best friends with the youngest son, Danny Lunden.  Even though she has found a best friend in Danny, her heart has always belonged to his older brother Max.  Unfortunately, the night she moved in with the Lunden’s, Max also left town due to a family disagreement and hasn’t returned until now.


With the family and staff entered into the competition, they realize they need Max to help guide them with his worldwide knowledge and hopefully realize he is needed back home for good.  His Father’s health is failing and Danny has taken on too much responsibility with the restaurant. While they are going through the competition though, Jules and Max are trying to fight their sexy feelings toward each other.  Unfortunately, Jules and Max are fighting a losing battle on that because the tension and sex appeal between the two were rising faster than a loaf of bread!


If I had to pick one thing that I didn’t like about this book though, it would be the constant references to the recipes and such.  I understand that the chef competition involves new recipes and stunning dishes, but at times it seemed to go a little overboard in the food knowledge.  Of course, this downfall also wanted me to try some of the recipes that the author includes at the end of the book.  I did have several drooling moments due to the recipes and dishes involved instead of the cover.


If you are a fan of this author then I am sure your are going to enjoy this new series. So go on and indulge in this new romance series and relax in knowing that you won’t gain any calories while reading it! 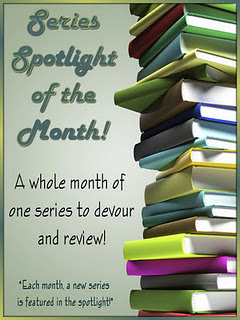