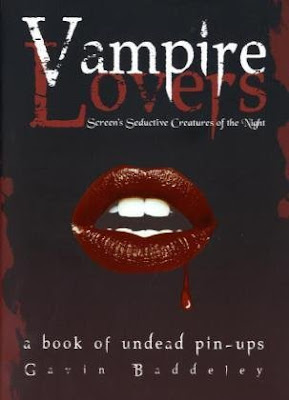 A new generation was awakened to the romantic lure of the vampire genre with Robert Pattinson’s portrayal of Twilight’s soulful vampire, Edward Cullen. This book is for all those whose thirst remains unsated. A heady history of the silver screen’s undead dreamboats, this intoxicating study examines each of the mesmerizing performers who have taken on the role of leading vampire. From Buffy’s brooding flames David Boreanaz and James Marsters to Stephen Moyer, the pulse-quickening star of True Blood, every intriguing incarnation of Stoker’s monster is found here. Beginning with radical characters like Kate Beckinsale’s gun-wielding, PVC-clad action hero in Underworld and ending with delectably dark visions of legends Christopher Lee and Bela Lugosi, the book demonstrates precisely why the fascination with this genre — much like Cullen’s timeless love — will never die. Illustrated with more than 100 irresistible film stills, Vampire Lovers is essential reading for any well-informed fan.

While I was cruising around the Halloween section of my local library, I came across this book and thought it would be a quick and fun read for the weekend.  It features pictures and details of screen legends focusing on the allure of vampires.

From Edward Cullen and Eric Northman all the way back to Bela Lugosi and Gloria Holden, this book features screen legends to current heart throbs.  The author goes into details of what each characters role has brought to the frenzy of Vampire thrill and love.  With wonderful color photos from the show the actor portrays, the author also includes summaries of each story and what romantic appeal each one draws on the most.

I really enjoyed this book and the authors thoughts on each one.  While I knew a majority of the films and TV shows that were included, I also found some new ones to explore in the process.  If you are fan of the Vampire phenomenon, then this is one book worth checking out!

One Response to “Vampire Lovers by Gavin Baddeley”