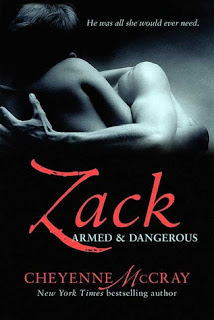 Ever since bad boy Zack Hunter left her ten years ago, breaking her heart, Sky MacKenna hasn’t been able to find a man who sets her on fire the way he did. Then he comes striding back into her life–bigger, badder, and sexier than before…. Zack Hunter never thought his job as an Immigration and Customs Enforcement agent would lead him back to his small hometown, and he never thought he’d set eyes on Sky again. Leaving her behind had been the stupidest thing he had ever done, but this time he isn’t going to let her go. And as soon as Zack lays eyes on Sky, he makes it clear that he intends to make her his all over again. When Sky becomes entangled in the case he’s investigating, Zack can’t help but take the threat personally. As the danger mounts, their passion burns even hotter.


As soon as Zack walks back into Sky’s life, I felt like I was reading about a possessive and overbearing man who thinks he can have whatever he wants.  I got tired of his constant “mine” mentality and the caveman-like attitude Zack had towards Sky.  He walked away from Sky long ago, and then he has the nerve to come back for a job and claim her as his.  I wanted Sky to stand up to him and kick him in his man parts to bring him down a notch.  Yes, he was sexy and built like a dream, but his attitude was possessive.  I can see his point of view on leaving Sky those many years ago, but the fallout from it should have been harder.  He should have had to work harder to get Sky in bed and in back into her heart.


If you are already a fan of this author, then you would more than likely like this book.  The sex was steamy and hot, but the story lacked the emotions and heart that would have balanced it out better.  Not a series I will be continuing right now, but I would give it a try later on.